The young Mr. Paul Verghese who came to Aluva in 1954 / Dr. Annie David 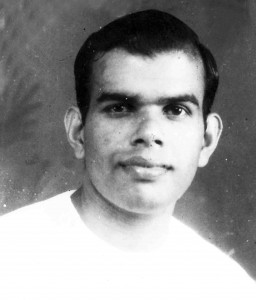 Mr. Paul Verghese (later H.G. Paulose Mar Gregorios) was working as a Postmaster in the early 1940s when Ethiopian government officials came round looking for graduates who could be recruited for teaching positions in Ethiopia, and Mr. Verghese was asked to take them round. In spite of having gone through hard times at home, mainly because of his mother’s illness, Verghese had completed his schooling creditably at Tripoonithura from where he hailed, and being a voracious reader, had acquired a good command of English. The Ethiopian officials were greatly impressed by this promising young man and offered Verghese a teaching position in Ethiopia, though he was not a graduate. That is how young Paul Verghese left India, in order to start building a great future for himself. 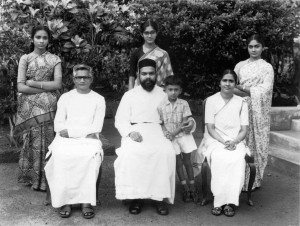 He proved to be a great teacher in Ethiopia. He had a flair for languages, and he soon mastered the country’s language, Amharic, which had no formal grammar at that time. Verghese studied the way the language functioned and wrote a grammar for it, which attracted attention from many quarters. Histrionics were a natural part of his personality, and once he directed the staging of Shakespear’s Julius Caesar at the Emperor’s school where he was teaching, in which he played the role of Mark Antony. It so happened that the Emperor Hailie Selassie was present to witness the staging of the play, and was thoroughly gripped by Verghese’s rendering of Mark Antony’s historic oration. To cut a long story short, that was the beginning of the life-long friendship between the Ethiopian Emperor Hailie Selassie and Mr. Paul Verghese. But for his determination, Verghese would have spent the rest of his life in Ethiopia, as a member of the Emperor’s family. But Verghese had a different visioin of his own future, and with great difficulty he managed to free himself from the Emperor’s grips and to get away, first for a University education (qualifying to be one of the greatest of the theologians the world has ever seen) in the United States, and then for the service of his own Church in Kerala. 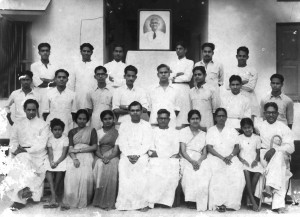 That is how Mr. Paul Verghese arrived in Kerala in the early 1950s as a young man with the intention of serving his Church. But the Church, unfortunately, was in a state of turmoil at that time and the leadership of the Church failed to respond warmly to Verghese’s loyalty to the Church. A rather disappointed Verghese looked this way and that way for some direction, and chanced to run into his old friend Mr. Philip Athithottam who at that time was managing the settlement Textiles shop near the U.C. College. Philip listened to Verghese’s disappointing story, and then told him about Mr. M. Thommen, Secretary of the Alwaye Fellowship house. One evening, at about 5.00 p.m. the stranger, the young Mr. Paul Verghese, walked through the little gate-way in front of the then-quarters of the Secretary of the Alwaye Fellowship House. By the way, for the benefit of those who may not know, I am Mr. Thommen’s eldest daughter. I was a thirteen year-old girl when Mr. Paul Verghese first came to meet my father. It was a meeting between two great minds, and a strong bonding happened almost instantaneously, with the result that Mr. Verghese moved in, to start working with Mr. Thommen as his assistant at the Fellowship House, in a couple of day’s time. 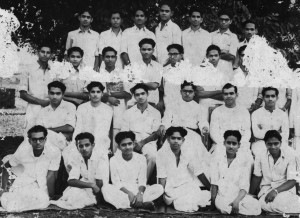 Mr. Thommen and family were living in the secretary’s quarters which had been built for them, and the little KCC cottage was lying vacant, being used as the place where Thommen met student groups from the U.C. College for prayers and Bible studies. Verghese used a part of the same cottage as his residence, but, being a bachelor, ate his breakfast, lunch and dinner with Thommen and family; he became a member of the family in the best sense of the word. Thommen and Verghese worked together as a wonderful team, each supporting and complementing the other in everything they did; there was a mutual respect that was enviable. Those were the golden years of the Fellowship House; the place brimmed with spiritual activity of every kind under the twin leadership of Verghese and Thommen, and two buildings were added for the better functioning of the Fellowship House. They worked mainly with student groups, from the U.C. College and also from colleges in different parts of Kerala. 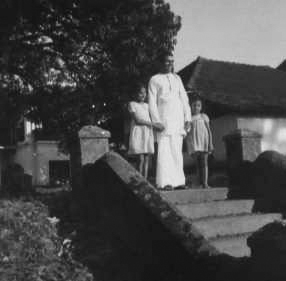 This continued till Emperor Hailie Selassie’s visit to India in 1956 when Verghese was called away to be with him in Ethiopia during the difficult times of its political turmoil. Thommen continued with his activities at the Fellowship House as best he could. Mr. Verghese eventually left Ethiopia to join the World Council of Churches, which he served as one of the Presidents. But he came back to India, got ordained first as a priest, and then as a bishop – Bishop Paulos Mar Gregorios – to serve his parent Church. After leaving the World Council of Churches he was appointed as the Metropolitan of the Delhi Diocese of the Malankara Orthodox Church, where he remained for the rest of his life. Every time he came back to Kerala, either from abroad or from Delhi, he came home to Aluva, to Mr. Thommen’s home, which remained his home till the end of his life; he considered Thommen’s family as his own family; he respected Thommen as his spiritual elder brother and consulted him on every major decision he had to take. Mr. Thommen passed away in July 1990, but Bishop Gregoriose kept Thommen’s memory alive as long as he lived; such was the respect that he had for Thommen. With Bishop Gregorios’ passing away in 1996, the rest of the world seems to have forgotten Mr. Thommen who gave his life to build up the Fellowship House. The Fellowship House would not have been there if not for the sacrifice that Thommen made. Bishop Gregorios was the one person who recognised this fact more than anyone else! 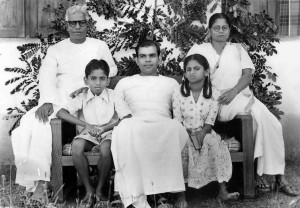