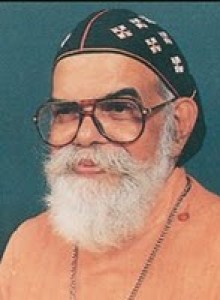 The Gregorian Calendar is more accurate. Sosigenes, the Egyptian (Alexandrian) Astronomer who formulated the Julian Calendar for Julius Caesar took it that the year (time taken by the earth to complete the orbit around the Sun) was 365 days and 6 hours. In fact, it takes only 365 days, 5 hours, 48 minutes and 46 seconds. The difference is 11 minutes and 14 seconds per year. Julian calculation = 365. 25 days, present precise calculation = 365.242199 days. The error is thus exactly 0.007801 days per year. This error adds up through the centuries. In one century, the difference adds up to 0.7801 days, and in four hundred years it is 3.1204 days. In 1000 years it becomes 7.801. In 2000 years it should 15.6 days. But due to certain later reforms in both the calendars, the actual difference in our century is only 13 days. In the Gregorian Calendar, 1700, 1800 and 1900 are not leap years, though they are divisible by four. The difference of 3 days in 400 years is adjusted by this arrangement.

This means that December 25th, Christmas day in the Julian Calendar, becomes January 7th in the Gregorian Calendar. That is why even today Christmas in Russia and so on is on January 7th. Epiphany (January 6th) becomes January 19th. And so on for all fixed festivals. The Orthodox Churches should accept the Gregorian Calendar because it is more accurate. But most of the Eastern churches refuse to do so, mostly because of an old prejudice against accepting a decision made by the Roman Pope.

Our Calendar is luni-solar or soli-lunar. This means we calculate the year by the sun and the month by the moon. But it is difficult to fit the phases of the moon (new moon to new moon = about 29.5 days) into the 365.25 days of the year.

In the Church there are two cycles of feasts: fixed and moveable. They usually devolve around the dates of Christ’s birth (Christmas), and the date of Easter or the crucifixion and resurrection of Christ. Christmas, since the 4th century is a fixed feast in the solar calendar, i.e. December 25th. The date of Easter is fixed according to the moon: the formula approved by the Council of Nicea (325 AD) is “first Sunday after the first full moon after the Vernal or spring equinox.” The Vernal Equinox is taken as March 21. So the date of Easter can fluctuate between March 22nd and April 25th.

The Eastern churches use the Julian Calendar to calculate the Spring equinox, which for them now falls 13 days later, i.e. on April 4th. This means in some years Easter falls on the same day for East and West, and in other years there is a difference of one to five weeks in the Eastern and Western dates of Easter.

Since the 7th century, the fixed feasts turn around Christmas day-December 25th. If Christ was born on that date (there is no evidence that this is so), then the Annunciation by the Angel Gabriel to Mary the Mother of Christ, by which she received the Son of God in her womb, would be nine months before the birth, i.e. March 25th (13 days later, for the Juliansists). Since that is the date for the beginning of the Incarnation. March 25th was the New Year for some centuries.

Let us make a quick list of the main fixed feasts, as of now:

January 1st – present New Year, the circumcision of Christ (8 days after birth), and also the Feast of St. Basil.

February 2nd – The Presentation of the Infant Christ in the Jerusalem Temple, 40th day after birth.

August 6 – Feast of the Transfiguration.
Besides these a large number of other fixed feasts have been added to the Calendar. e.g.

August 15 – The Feast of the Assumption of Virgin Mary.

September 14 – Invention (Discovery) of the Cross of Jesus.

Then there are the feasts of the Apostles, Martyrs and Saints, which vary from church to church: e.g.

June 29 – The Apostles Peter and Paul.

June 30 – Feast of the Twelve Apostles.

Moveable feasts depend on the date of Easter – e.g.