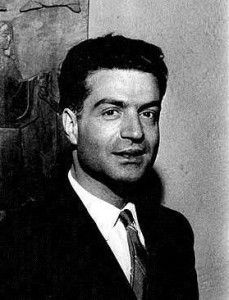 It is some time since Nikos Nissiotis is gone to his Lord. The firmament of orthodox theology and ecumenism has lost one of Its brightest stars a few months ago.

Ever since he left the Ecumenical Institute in Bossey, Geneva and went to his native Greece, Nikos, precisely because of his ecumenical commitment, found himself in conflict with the antiecumenical circles in the leadership of the Orthodox Church of Greece. He bore the pain of that conflict with characteristic courage and modesty, and contented himself with whatever he could do to open up the minds of the theological students at Athens University.

He diverted some of his energies into the field of national and international sports, serving on the World Olympic Committee. He found that non-theological students in the faculties of medicine and psychology were sometimes better able to grasp his ideas than theological students. He experienced some fulfilment in lecturing in the psychology of religion and related fields.

Unfairly denied any significant role in the leadership of the Church, Nikos showed real greatness in refusing to complain, and in diverting his energies to other creative pursuits.
An automobile accident took him away from us – a little mistake on the part of one of the most skilful drivers I have known. His gifted wife Marina survived that accident, though she too had to be hospitalized for a long time with multiple fractures.

Nikos married late. It was a difficult decision for one who was in his forties. He was Associate Director of the Ecumenical Institute in Bossey when he decided to marry. He went to Dr. Visser’t Hooft, the General Secretary of the W.C.C. to tell him that he was getting married. Dr. Visser’t Hooft loved Nikos as if he were his own son. So he was worried about this late marriage of Nikos. I was Associate General Secretary of the W.C.C. and the Ecumenical Institute was part of my administrative responsibility. Visser’t Hooft asked me what I thought of Nikos’ marriage at such a late age. As a result of our discussion, it was decided that I should go to Athens to “interview” Nikos’ would-be bride.
I remember that “interview” very well now, when Marina came to the home of Nikos’ father, the venerable orthodox priest Father Angelos Nissiotis. I remember even better when I came back to report to Dr. Visser’t Hooft about my interview with Marina. Among other things I told him:

“Marina is exceptionally gifted and able. She speaks so many languages fluently – not only Greek, but English, French, German, Swedish and some other languages. She is also an experienced and successful business woman with high administrative competence.” I remember Dr. Visser’t Hooft’s remark: “My God, that sound like the candidate we are looking for, to succeed me as WCC General Secretary.”

We are grateful to God that Marina has survived the accident, and even came out of the hospital in a cast to attend Nikos’ funeral. Marina is a brave woman indeed.

Nikos was one of the few Orthodox theologians who understood the West at depth, and could interpret the Eastern tradition to the West with unparalleled competence. This was far from a propagandistic advocacy of Orthodoxy; what moved Nikos was the desire to find a common mind and common idiom among all Christians. Nikos played a very important role in the shaping of several Second Vatican Council documents, and was an active participant in the Joint Working Group set up by the W.C.C. and the Roman Catholic Church. He has not only influenced several generations of Orthodox theological students; but he opened up the treasures of the Eastern Orthodox Church to many Protestants and Roman Catholics, as well as to the Orthodox themselves.

But above all Nikos was a good, loving gracious, courteous, friendly human being – a true disciple of Christ. In every situation it was that basic divine – humanity of Christ that shone through Nikos.

Nikos leaves a big gap also on the Editorial Advisory Board of this journal. May God bless the memory of this great Orthodox soul, and grant him joy and peace in the presence of the Lord.