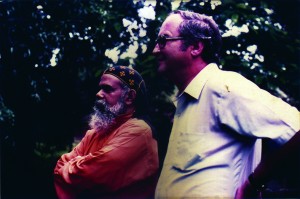 [Excerpts from a speech given by the President of India on the occasion of the presentation of Mar Gregorios Award to renowned Ayurveda physician Dr. P. K. Warrier of Kottakkal Arya Vaidya Sala on November 27, 2001.]

Dr. Paulos Mar Gregorios was a passionate advocate and champion of holistic medicine. It was evident from his work especially the holding of an International Seminar in February 1995 in Surajkund on the theme “Medical Anthropology and Alternative Systems of Healing”. Later he brought out a volume on that Conference which contained four of his articles outlining different aspects of holistic medicine. These articles give valuable material and insights into the subject and help the reader to understand in proper perspective the relevance of holistic medicine in the contemporary world. That international seminar was a milestone in the career of Dr. Paulos Mar Gregorios in his quest for health and well being of our people based on balanced blending of both the western system and the indigenous system of medicine. Dr. Paulos Mar Gregorios once wrote, “The traditional systems of healing far too long marginalized or totally neglected need to be more than just retrieved. In their present stage they offer but limited hope; they need to be reconstructed and re-activated in order that they may meet the true needs of humanity.”

Importance and relevance of Ayurveda as a holistic science of medicine has been recognized not only in India but also outside India. Many celebrated western doctors have been fascinated by the scope and depth of Ayurveda in dealing with vast array of human ailments in their totality of origin and symptoms. They were rather astounded to note that it went deep into the emergence of diseases rather than their symptoms. Ayurveda in that sense is a pioneer in preventive medicine. Dr. G. E. Clarke of Philadelphia wrote more than seven decades back, “If the physicians of the present day world drop from the pharmacopoeia all the modern drugs and chemicals, and treat their patients according to the methods of Charaka, there would be less work for the undertakers and fewer chronic invalids in the world.” Indian Medical Gazette also wrote seven decades back, “Old Ayurveda…modernized and rejuvenated …will not only be the national medicine of India, but will play no small part in the uplift of the international medical system of the world.”

However Ayurveda languished in developing itself due to absence of research and development. As early as 1921 Mahatma Gandhi had lamented, “The condition of indigenous medicine is truly deplorable. Not having kept abreast of modern research, their profession has fallen largely into disrepute.”

Efforts have been made to uplift Ayurveda from that fallen status. One of the distinguishing aspects of Dr. Paulos Mar Gregorios’ commitment to holistic medicine had been to revitalize the ancient system and make it useful to our modern life and problems. Articulating this concern he had appropriately said, “We need to rediscover and create the wisdom of the Ancients, in all our cultures; we need to grasp it and make it relevant to our time and our situation.”

All over the world a dreadful phenomenon of drug disease arising out of side effects of allopathic medicines, is emerging as a threat to humanity. Excessive use of antibiotics and defining focus only on curative aspects have led to decline of immunity and resistance of microbes to new generation drugs. This has set alarm bells everywhere. It is in this frightening situation that humanity is increasingly reviving the indigenous medicines as the panacea for healthy living.

Dr. Paulos Mar Gregorios had once said that, “Pharmacology is not to be abandoned, it is to be recognized as only one element in the healing process. Equally important are life and consciousness as well as the relations of the body-mind … to the whole of reality … It is towards such a holistic healing ministry that both medical personnel and the public should now devote most of their interests.”