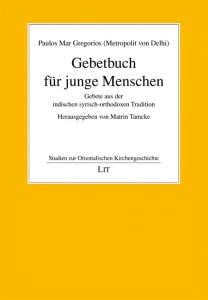 Paulo’s Mar Gregorios (1922 – 1996) is one of the outstanding figures in the history of the Indian thomaschristheit of the last century. Not only was he a great ecumenist, scholar, and church leader, but in his pastoral work he was particularly committed to the spirituality of the youth in his church. After being ordained a bishop, he published a “Young People’s Prayer Book,” which has long since become a spiritual classic in the Indian Orthodox churches. The book is a brief as well as important introduction to prayer. Originally written in English to appeal to a broad readership, it is now available in German translation for the first time.