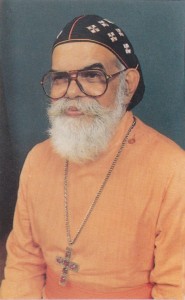 1. Compared to many other States in India, education in Kerala has, at least in certain external aspects, made considerable progress in the last few decades. Dissatisfaction about our educational system and process, however, continues to mount every day.
2. Growing disparity between school education and the realities of Kerala life seems to account, at least in part, for the increasing dissatisfaction, often amounting to frustration and unrest, on the part of students and the public. Only a thorough and fundamental examination of this disparity can lead to a helpful diagnosis of the ills of the present educational system. We would then need also to look into the qualitative improvement of educational standards, and the quantitative improvement of education in the framework of manpower needs and equality of opportunity.
3. The goals of our society have to be clearly stated, in order that education can be transformed to help society to attain these goals. The attempt here is only to state these goals in the barest outline, in terms which should be acceptable to all men of goodwill, to whatever religious or political group they may belong.
4. We can state clearly and unequivocally that our basic social goal whether in the state, in the nation, or in the world, is the achievement of a productive and creative society with justice, freedom and dignity for all — a socialist society in which economic and political power is fairly and equitably distributed among the people, in which all have the opportunity to work and to live without want or insecurity, and in which all forms of exploitation and oppression are eliminated so that men can live together in peaceful creativity all over the world.
5. We believe that at the present historical moment, we need a secular basis for building up such a society. Ours at present is a multi-religious society. A secular basis for the new society does not mean an anti-religious policy. It means, however, that no religious community will he favoured or discriminated against; that government will not provide religious instruction in institutions of public education though instructions about religions as part of our cultural heritage may be provided in a tolerant spirit, that the State shall make a conscious and concerted effort to break down social, political or economic divisions and antagonisms formed on the basis of caste or religion,taking care at the same time not to violate the fundamental rights of citizens.
6. The Scientific outlook and approach needs to be made more central in our educational system. An enquiring questioning mind and the capacity for rational analysis should be encouraged from childhood. Science is not simply a subject among other subjects. It is a method of gaining knowledge and mastery of reality. The methods of teaching science in our schools often simply transmit scientific information as subject-matter without teaching basic scientific attitudes and skills. The capacity to put forward new hypothesis which better explain all the observed phenomena in any particular instance and thus constantly to improve our scientific knowledge of the universe needs first to be engendered and then fostered in teachers and students. Open-mindedness, the capacity to receive criticism and to benefit from it, respect and tolerance for the views of others, objectivity, confidence that all problems can be mastered by man, the ability to give credit to others where due and to learn from them, the team spirit — all these form part of the scientific outlook and approach which need to be fostered from childhood.
7. Equally important is the inculcation of Social Values. Education is a major instrument of social change. Egoistic, communal, parochial, parasitic and exploitative value systems prevailing in our society need to be broken down by careful education from childhood. The most important positive values to he inculcated at the present time in Kerala are first the willingness and ability to do productive work, not for personal profit, but for the growth and development of all, secondly the vision of humanity as a single whole and the active concern based on such a vision for the poor and oppressed. This should lead to determined campaign against communal and regional parochialism. Related to this is also the peculiarly fissiparous and divisive tendency of all social, political, and religious movements in our state; our inability to contain differences of opinion in a team without breaking it; the readiness with which people leave one organization and start another under one’s own leadership; and our well known capacity for destructive criticism combined with our incapacity to match verbal productivity with creative and constructive work. These values cannot be taught merely as subject-matter; they have to be fostered through organized activity, in school as well as outside.
8. Educational reform in Kerala should take special notice of the fact that our state has one of the highest proportions of educated unemployment anywhere in the world. A system which produces very large numbers of even university trained men unable to engage in any productive activity, and seeking only to find sinecure for life should be radically questioned. Secondary education itself should foster inventiveness, enterprise end the ability to engage in productive work without necessarily being employed by someone else. University education should not be required for clerical and lower administrative services. The present pre-degree course, which could remain for practical reasons located in the colleges, should be regarded as part of secondary education, and should use less of the lecture method, more of independent study and work organization.
9. Part-time work experience and technical training, especially in small-scale and cottage industries, should be given to to all students in primary and secondary schools, making use of facilities in technical schools now lying idle for several hours a week. The purpose of such training should be three-fold, the fostering of respect and attitude, for productive manual and physical labour, the breakdown of social and class distinctions and prejudices among students, and the cultivation of creativity, self-reliance and initiative in students.


10. Secondary students should, in the beginning only in some selected schools and under expert guidance, be sent into the rural areas on special occasions like seed-time or harvesting, in order to share the agricultural work with them. Wage laborers, even though doing less work due to student assistance, should get full wages, but the students should not be paid, the students should share the food and entertainments of the labourers, and they should enter into mutual dialogue. The same kind of experiment could he tried in a few industries also. The purpose of these sorties is mainly to make the student more aware of the reality of life among the working classes. Similar experiments could be tried also at university level, either under the National Service Scheme of the Central Government or independently, by selected colleges, both government-run and privately managed.
11. Teacher Training for the Secondary level should be extended for at least six more months or preferably for a year, and the curriculum suitably amended to give prospective teachers the experiences of working with their own hands and of entering directly into the life of the working classes. Unless there is a radical change in the attitudes of the younger teachers, it will be practically impossible to transform significantly the attitudes of students.
12. Teacher associations should be encouraged to go beyond fighting for better working conditions for themselves. They should organize work-camp-cum-seminars, in order to transform the attitudes of teachers in relation to society and to production. Teachers showing special qualities of leadership in relating the school to society should be specially recognized with prizes and other honours.
13. Teachers should he encouraged to use modern techniques of teaching which they are taught in training college, even if the use of those may often in the beginning mean that the whole portion of studies prescribed for the year will not be completed. The examination system should provide sufficient opportunity to test she students’ real comprehension rather than the reproduction of subject matter learned by rote memory. This is especially important in the teaching of the sciences including mathematics, which should form the core of the curriculum.
14. The examination system should he altered to take the weight off the final examination, as is already being done in our State. Inspection should make sure that the kind of teaching given in each school is of the right calibre and technique. Comprehensive examinations could be given at three or four year intervals at a State level to test the comparative performances of students all over the state.
15. Revis1on of curriculum, with the rewriting of text books to ensure a more social, secular and scientific basis for all lessons seems to be immediately called for.
Writers’ Seminars will need to he held for training text-book writers and for giving them expert advice and library assistance.
16. The teaching of social sciences should seek to help the student see the vision of the whole of humanity as a single reality, rising up out of ignorance and tribalism, thorough nationalism, and various forms of group conflict towards a single creative end peaceful world-wide society in which regional, linguistic, religious and social parochialisms are progressively eliminated.
17. Secondary education should be in two broad streams: one meant to equip the student for enlightened participation as a productive member of society and as responsible citizen; the other to prepare the student for university education. Care should be taken to see that no elitism is fostered by the two-stream system.
18. The purpose of university education should become more limited. Only those gifted with high competence need be given such education, on the basis of merit, at the expense of the state. While preparing men and women for the professions, the university should also train them to become social animators to mobilize society towards an economically productive and culturally creative society. Their training should be such as to prevent the formation of elitist or middle-class attitudes, and they should be committed in spirit to the cause of the economic and social emancipation of the urban and rural working classes.
19. At Secondary and University level, students should be given greater opportunities tor participation in the planning, organization end execution of the total programme of the educational institutions. The Headmaster or Principal should become not on arbitrary dictator as he is often tempted to be, but one who coordinates the teachers and students in the institution, so that the very administration becomes more democratic. This is the only way to prepare students for a more open and democratic society. It also helps teachers to become more involved in the life of the institution.
20. The medium of instruction right up to the bachelor’s degree in the University programme should be Malayalam in Kerala. Hindi should be taught from the primary level, right up to university. The study of English should be compulsory at Secondary and university levels.
In the interests of children coming from the homes of all-India cadre officers and others, there may be some justification for permitting special schools using English or Hindi as medium of instruction.
Shift in the medium of instruction at Secondary and university levels need not wait till all the text-books are ready in Malayalam. It should he possible for teachers to use Malayalam as the medium while continuing to use English text books and terminology.
21. Education is of the highest priority for the development of the State, and expenditure to be incurred for some of these reforms would be fully justified as investment towards economic development.